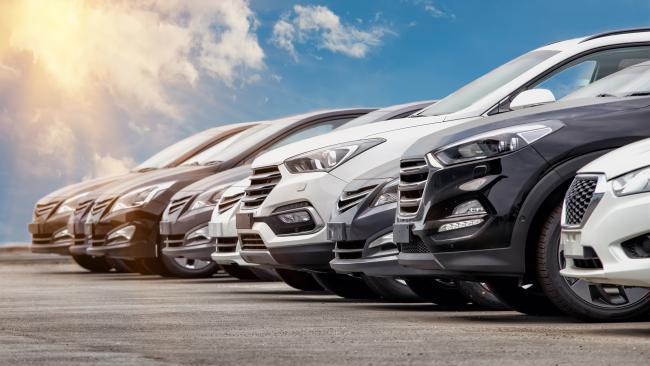 Understanding The Different Types And Models Of Cars

We have come a long way since the famous Ford Model T. Not only can consumers now choose from a wide array of vehicles, but there is a price range for nearly every type of budget imaginable. However, such a wide variety can sometimes lead to confusion in regards to the best choice for your requirements. This is why it is a good idea to break your options down into a handful of discrete categories. Let us take a closer look at the primary makes and models on the road today as well as what each variant has to offer.

The original concept of the SUV was invented in the latter half of the 1990s. Intended to provide consumers with a synergy of heavy-duty handling and comfort, models such as the Tahoe and the Explorer have become extremely popular thanks to their nearly unparalleled sense of versatility. Equally capable of handling off-road requirements as well as urban driving, these vehicles are popular with both families and outdoor enthusiasts alike. Of course, all SUVs share a number of features in common. For instance, they are all equipped with four-wheel drive as well as ampler interior space. The presence of a strong and yet light chassis is also important in terms of safety in the event of a rollover. Stylish and sophisticated, it is not uncommon to see sports utility vehicles within urban environments. As their dimensions can likewise vary, the chances are high that you will find what you have been looking for.

Consumers are often confused in regards to the differences between a crossover vehicle and an SUV. The good news is that there is one major disparity. A sports utility vehicle is based around the chassis of a truck; hence its noticeably larger body. On the contrary, a crossover is designed and manufactured with the body of a car as its frame. This is why crossover vehicles tend to be slightly smaller than their SIV counterparts. It is therefore reasonable to observe that those who are looking for the handling of an SUV within a compact package will often opt for a crossover.  Crossovers are likewise slightly shorter, so they can be accommodated in standard garages without being worried about clearance issues. Due to a lighter frame, the gas mileage associate with crossovers is better; leading to savings over time for those who regularly drive considerable distances. Some of the most popular models include the Hyundai Santa Fe, the Kia Sorento and the Dodge Journey.

Electric cars have now entered into the mainstream marketplace thanks to technology that is now much more affordable when compared to the prices of five years ago. The main principle behind an all-electric vehicle is that it does not contain an internal combustion engine. In other words, it will not require the use of petrol or diesel in order to travel between two locations. There are several benefits associated with this revolutionary feature. Electric cars are extremely quiet; helping to reduce the levels of noise pollution within urban environments. They are also the most sensible choices for those who are worried about greenhouse gas emissions and global warming. However, keep in mind that you will still require a charging station (although many home-based stations are now becoming commonplace. It is estimated that electric cars will dominate the motorways in only a handful of years and some experts even believe that they will eventually lead to the extinction of traditional petrol-powered models. Some popular makes include the Nissan Leaf, the Renault Zoe and the BMW i3. Please note that electric cars are not the same as hybrid vehicles, as the latter are still partially powered by internal combustion.

If you are looking for a make and model in the top of its class and price is no concern, a luxury vehicle will not disappoint. These variants are known for their high-class appeal as well as prices which range well into the multiple tens of thousands of pounds. However, the saying "you get what you pay for" is certainly relevant here. Luxury cars are equipped with a host of modern amenities that would have been nearly impossible to envision only a handful of years ago. A handful of examples will often include (but may not be limited to):

It is also interesting to note that online technology such as voice-controlled capabilities are now becoming commonplace. This is to say nothing about the aesthetic appeal of such models, as little is left to the imagination in terms of physical sophistication. Some of the most popular luxury vehicles on the open road today include the the Audi TT, the BMW X6, The Cadillac XTS-V, and the BMW 5 Series.

Compact cars have likewise come a long way since the introduction of models such as the Geo Prism in the early 1990s. Compact cars were originally manufactured to provide consumers with another option besides a two-door car. Lightweight and easy to handle, many younger drivers start off with compact cars due to their equally amenable price. There are many situations which are entirely suited for compact cars; the most common being those who live within extremely populated urban environments such as London or Birmingham. While vehicles such as crossovers or SUVs would have difficulty navigating and finding parking places, compact cars are perfect suited for these environments. Compact units are also known for their extremely efficient gas mileage; some offering 45 miles to the gallon or more. This benefit is even more enhanced when we take into account that a number of compact units are now providing users with the option of choosing a hybrid or even an all-electric engine. A handful of very popular models in 2019 include the KIA Forte, the Nissan Versa, the Chevrolet Cruze and the Ford Focus (one of the first compact cars on the market).

The Mini is the only vehicle within this list which is a type of car as well as a brand name of a manufacturer. The concept of the Mini as first introduced as far back as 1959 and its unique style continues well into the present day. While the brand name Mini is the name of the firm, it has also come to signify any vehicle that is smaller than the compact variants mentioned above. Noted for only offering two doors and yet equipped with an ample amount of boot space, Minis have made the transition from cars associated with the United Kingdom to other models manufactured around the world. Thus, the name "Mini" does not necessarily reflect a single brand. As you may have imagined, the main advantage of a mini is the mere fact that it is extremely small. Some can even occupy parking spaces previously reserved for motorcycles. A growing number of minis are now being offered with hybrid or electric engines in order to capitalise upon their inherent efficiency. Notwithstanding the brand name itself, there are several other firms which currently offer miniature vehicles. Examples within this category include the Ford Fiesta, the Volkswagen Up and the KIA Picanto.

MPV is a term which some consumers might not be altogether familiar with. MPV is an acronym which stands for "Multi Purpose Vehicle". It is typically defined by a hatchback design and the ability to seat six people or more. Stressing practicality above all, we can think of an MPV as a synergy between hatchbacks such as the Ford Focus and sports utility vehicles such as the Land Rover Discovery Sport. Handling is also a key benefit here, as the majority of MPVs offer a wide chassis. This helps to prevent the chances of a rollover during a tight turn. As many are likewise equipped with optional four-wheel drive, MPVs are great when the weather outside turns inclement (or particularly when driving in icy or snowy conditions). These vehicles are sometimes referred to by the rather generic term "people carrier" due to the fact that they became popular within the taxi community thanks to their high seating capacity. However, we also need to keep in mind that luxury is also a quality which many companies have embraced. Some of the most popular models in the 2019 marketplace include the SEAT Alhambra and the Renault Scenic.